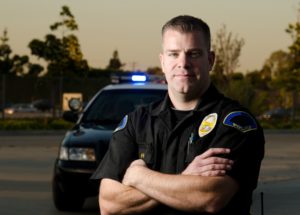 It’s no secret that police body cams are a worthwhile investment that benefit both law enforcement and the general public. In fact, a 2015 study showed that police officers wearing cameras were 25.2% more likely to consider the devices helpful during interactions with the public. But in order to maximize the power and efficiency of police officers equipped with cameras, it’s important to invest in top rated body cameras only. Here are a few factors to prioritize when choosing a body cam.

User-Friendliness When police officers are out on the streets, the last thing they want to do is mess around with the settings on their body cams. While it’s true that an advanced user interface generally reflects higher capabilities, there are plenty of models that have just as many features without all the unnecessary bells and whistles. When it comes to choosing a body cam, simplicity and overall ease-of-use are essential.

Durability This probably comes as no surprise, but the way body cams are used requires them to be built with integrity and durability in mind. Police officers get into some tough physical situations, and their cameras should be able to withstand heavy hits and plenty of motion without wearing down. At the same time, it’s important that the cameras aren’t so heavy that they’re weighing or slowing the officers down. The key is to find the perfect balance of sturdiness and comfort.

Versatility This is a quality in body cams that many officers don’t realize they need until they don’t have it. The fact is, many body cams are designed for use in limited locations on the body. But when officers are out patrolling the streets, they need to be able to capture action from all angles. That’s why your department should choose a body cam that’s versatile enough to be placed not only on the chest but on shoulders, helmets, and even glasses. This helps optimize the angles of the footage of any given police encounter, which can ultimately improve the chances for justice.

Pre-Recording Capabilities Finally, one extremely useful quality to have in any body cam is the ability to record before the ‘record’ button is actually hit. This is a feature that is typically only available in the most top rated body cameras, but it’s incredibly helpful in situations where an altercation begins before the officer has a chance to hit the ‘record’ button.

Ultimately, equipping law enforcement with the best recording technology can help make the streets safer for both police officers and the general public. For more information about top rated body cameras, visit 10-8 Video.