How Body and Dash-Mounted Cameras Are Helping the Charlotte PD 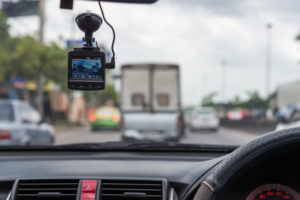 Nowadays, being a police officer is more difficult than it’s ever been. Not only are the streets extremely dangerous, but the polarizing times our country faces often results in large gatherings of peaceful protests turning violent at the drop of a hat. A recent Pew Research Center survey surveyed 8,000 police officers and found that 93% of them said that they have become more concerned about the dangers of the job.

In the latest example of police departments adopting body cameras, WSOC TV reports that advanced body camera tech is now being used to help officers on the streets of Charlotte, NC.

“Do I turn my camera on? When do I turn it on? Do I draw my weapon?” asked Charlotte-Mecklenburg police officer Maj. Steve Willis. “I need to talk on the radio. I got to drive a car fast.”

Officer Willis believes that with the help of new unarmed aerial vehicle (UAV) technology coming to the department, in addition to body and dash-mounted cameras, the department will be able to handle stressful situations without worrying as much about the logistics and handling of their cameras.

Though these body cameras might cause concern for some officers, many departments have reported very positive results. Officers using cameras that are always on will no longer have to worry about being falsely accused of any wrongdoing because they will have video evidence as proof. This will likely help officers worry less about potential future claims based on no evidence and focus more on the actual job at hand.

Studies have shown that these cameras have affected the way the general public interact with the police, and vice versa. A 2015 study published in the Journal of Experimental Criminology found that officers wearing body cameras were 25.2% more likely to perceive the devices as being helpful during their interactions with the public.

On an international scale, police body cameras have worked wonders. According to The Guardian, police departments that utilize body cameras receive 93% fewer complaints.

As long as police departments across the U.S. are open to new technology and work toward improving the lives of the general public, these body and dash-mounted cameras can help keep citizen and officer alike safe.