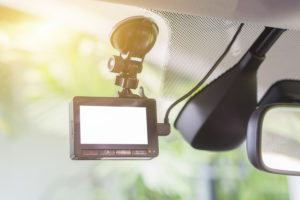 Police dash cameras are being considered more of a necessity than a luxury these days, so it’s not surprising that the annual growth rate is expected to rise by 15.3% from 2014 to 2020. In car video systems can protect both police officers and civilians in countless situations and ensure accuracy. From violent incidents to car crashes, civilians often want dash cam footage to be made available to the public. The Pennsylvania Supreme agreed in a decision made last month that ruled state police in car video footage following car accidents must be publicly released under the state’s Right-to-Know Law.

The Supreme Court did recognize that there are situations in which police videos cannot be released due to investigation interference. These determinations, they said, must be made on a case-by-case basis and police departments have to show why a given video cannot be released.

Local law enforcement were not pleased with the decision, but given the increasing demand for police accountability, many Pennsylvania watchdogs felt the ruling was a real victory.

Melissa Melewsky, who filed a friend of the court brief on behalf of the Pennsylvania NewsMedia Association, told the Morning Call, “Citizens should care because it gives them the ability to access police dash camera video, which will help them understand police interaction in the community and provide accountability.”

The ruling upholds previous decisions made by Commonwealth Court and Pennsylvania’s Office of Open Records that allowed a civilian access to state police in car video recordings of a collision that involved her friend. While that case’s ruling pertained to dash cam footage from the cruisers of state troopers who responded to that crash, the ruling could apply to other kinds of police recorded video systems, including body cameras, according to Melewsky.

The Pennsylvania ruling may not extend to every state in the union, but many Americans would agree that it’s an important step to improving safety and relations between civilians and law enforcement. Having reliable dash camera footage isn’t just a necessity for those out of uniform; they often exonerate innocent police officers, too. A totally accurate, unbiased visual account of events ensures that justice is served.