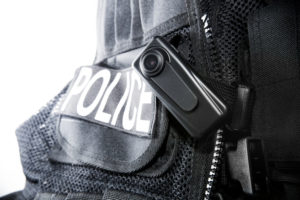 As of March 2015, about one-third of the 18,000 police departments in the U.S. were using body cameras. Now, Seattle Mayor Ed Murray has issued a “sweeping executive order” mandating police officers be equipped with body cameras.

Mayor Murray has even made the use of body cameras necessary for police officers on bike patrol, according to The Seattle Times.

“No one is more committed to equipping officers with body cameras than I am,” she said. “As studies and our own pilot (program) have shown, body cameras are critical tools, not just for holding all involved to account for their actions, but also to enhance safety of officers and community members.”

O’Toole also said that the police department has worked diligently to increase support for a body cam program from its community partners. This includes the Community Police Commission and other privacy advocates.

The police accountability issue arose after the death of 30-year-old black woman and mother of four Charleena Lyles. June 18, two white officers shot Lyles during a conflict in her apartment in Magnuson Park.

Unfortunately, only the audio of the incident was recorded. The two officers, Jason Anderson and Steven McNew, claim that Lyles began attacking them with knives.

Ultimately, City Council President Bruce Harrell approves of Murray’s decision and has been a supporter of police body cams for years. He said:

“While we respect the collective bargaining process and have been very patiently working with all parties involved, deploying cameras on our police officers is long overdue…we cannot stand idly by and let the perfect be the enemy of the good.”